It’s a strange world where anyone would deliberately put themselves among power cabling energised at over 100,000 volts, and then intentionally unearth it.

Yet despite the inherent dangers, that’s precisely what copper thieves do every day. The issue has become a global epidemic. 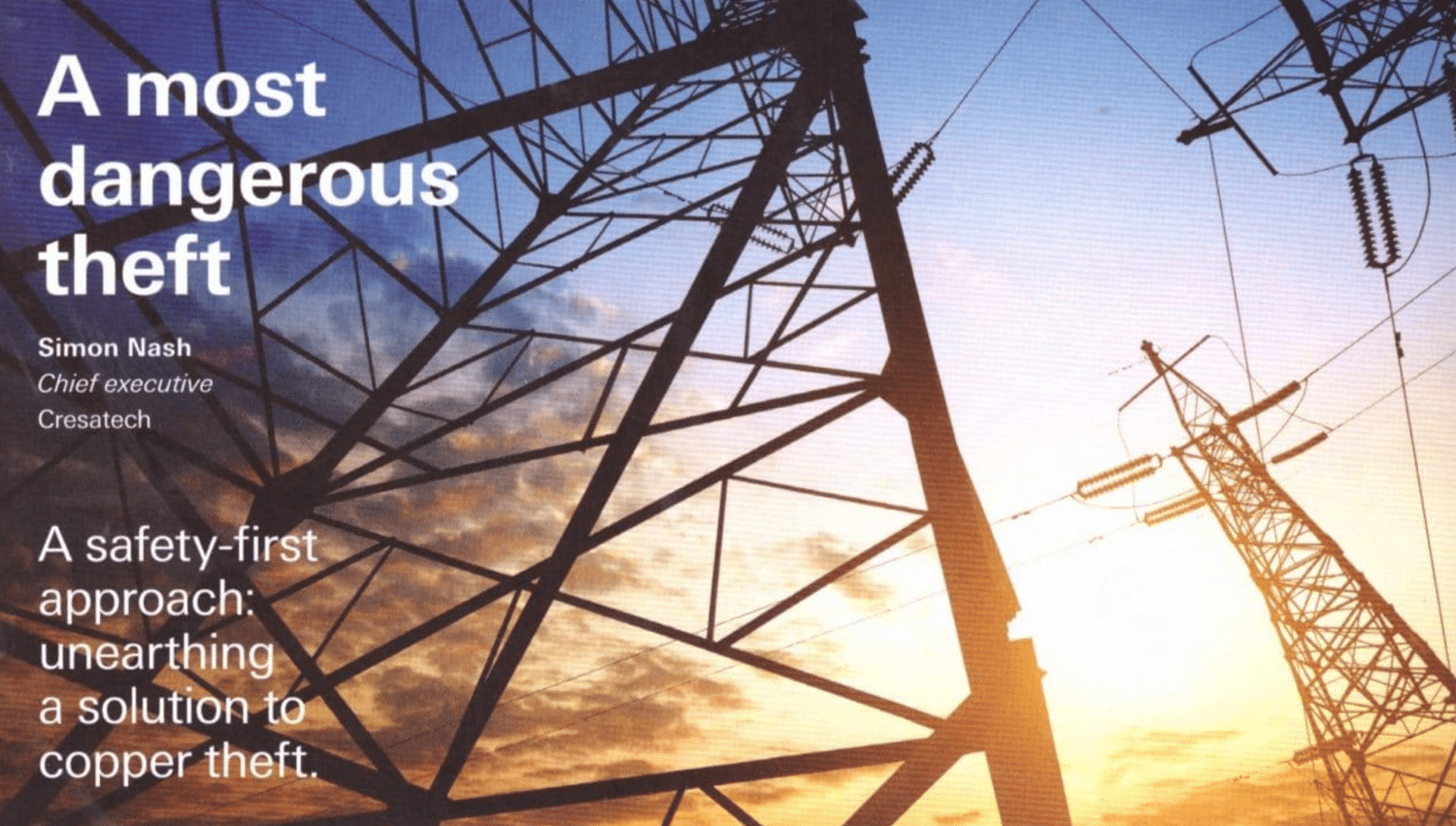 The market price of copper has meant that high-voltage equipment found at locations like electrical substations, cellular masts, railways and sewage works are targets for criminals attracted to the copper cabling used to keep it earthed. The theft itself could put the thieves and indeed others inadvertently exposed to the risks of unearthed electricity, six feet under.

With vast amounts of legislation to protect not only their employees, but the community at large, and copper thieves themselves, corporations such as UK Utilities cannot afford to ignore the issue. Failure to take health and safety seriously could well result in a fine of up to 100% of the company’s pre-tax net profit for the year in question, even if this results in fines in excess of £100 million. It’s therefore no surprise that the industries most affected by copper theft are finally recognising the need to put health and safety strategy at the heart of their operations. Thankfully, technology has, quite ironically, unearthed the solution. New machine-to-machine (M2M) communications technology is alleviating the safety risks caused by copper theft and giving a high-voltage shot in the arm to the organisations exposed to it.

The ramifications of copper theft are wide-reaching. Primarily, the risk of electrocution goes beyond the criminal element. It extends to service engineers who may unknowingly be exposed to compromised earthing infrastructure, and to curious passers-by who innocently stumble into precarious settings. Similarly, consumers can also be at risk if they’re unlucky enough to have a household appliance that trips at the same time that their local substation has had its earthing infrastructure stolen. Although serious domestic injuries are rare, power surges can lead to explosions, fire and equipment failure when earthing infrastructure is faulty. In each case, the operators are accountable for any damages. At the worse extreme, it’s corporate manslaughter.

Operational risk Copper theft also causes significant operational disruption, wreaking expensive havoc on continuity and productivity. In sectors like electricity, water and transportation, disruption can lead to huge fines from the regulators. For example, in the UK, a 2016 High

Court judgment has warned Thames Water that it faces penalties of 100% of its net revenues if it’s responsible for any further pollution incidents. Copper theft, which could cause loss of power to a pumping station meaning sewage ends up in the river, could easily trigger such a transgression.

The crime also has a domino-effect on other essential services. In 2008, an FBI study in the United States warned that copper theft posed significant threats to critical infrastructure “disrupting the flow of electricity, telecommunications, transportation, water supply, heating and emergency services and presenting a risk to both public safety and national security”. Almost a decade later, the threats remain the same but the problem has not been curbed.

Until now, the majority of operators  in particular Distribution Network Operators (DNOs) have tried to tackle the issue by bolstering their security infrastructure. Companies have invested heavily in security technologies such as motion detection sensors, CCTV, sophisticated electronic locks and ‘smart’ fencing.

It’s an understandable approach: if you can stop the thieves from breaking in, you cut off the problem at source. Except it’s not that simple. The theft of copper doesn’t actually stop a facility from working,  it simply leaves it in a high-risk, precarious state. And so when copper has been stolen, it’s rarely obvious because, at face value, the substation will still be functioning as normal. Operators often don’t know the problem exists until it’s too late, typically when an engineer arrives on site, oblivious to the peril ahead.

Unfortunately, security solutions do little to help identify incidence of copper theft. The alarms may sound, but they don’t tell you what’s actually happened on site. And even when the blue lights are sent out to investigate, they still have no idea whether the earthing infrastructure has been tampered with, or how to secure it if it has. On their own, security measures are not enough to mitigate the risks of serious safety breaches. What’s required is an ability to detect copper theft in real time and escalate an informed response before lives are put at risk.

The good news is the IoT tools to help are out there. Innovative new communication technology is now able to protect and monitor service environments where safety and continuity are paramount. The technology provides immediate notification of the disconnection, removal or disturbance of site grounding or other power infrastructure, minimising the impact of copper theft on crucial service networks within power transmission and distribution, mobile telecommunications, transport and other industrial markets.

With the market price of copper forecast to remain high, incidence of its theft is likely to steal the limelight for the foreseeable future. Companies therefore need to consider their exposure in the parts of their networks known to be most at-risk. As corporate manslaughter litigation increases, organisations must do all they can to safeguard their environments, or pay an even heavier price.

The new M2M technology aligns with the EU Directive around Best Available Technology Not Entailing Excessive Cost (BATNEEC). As such, companies choosing not to adopt it on high-risk sites may find themselves exposed to later scrutiny should a safety breach occur. Evidence shows that the adoption of safety technology is more prevalent in countries where electricity distribution operators are state-owned, than in privately-owned markets where profit motives often drive decisionmaking. However, as corporate social responsibility comes increasingly under the microscope, DNOs, energy companies and industrial giants would be advised to reinforce their grounding infrastructure with a focus on safety, rather than simply adopting a securityfirst approach.

Fortunately for them, the key to addressing this lies in new technology. It’s time to use it. After all, it’s better to be safe than sorry.

HSE guidance on avoiding danger from overhead lines at:
hse.gov.uk/electricity 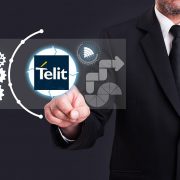 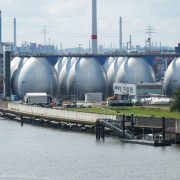