Insurance claims for metal theft continue to fall, but the problem is far from over for electric cooperatives and others, a new report shows. The National Insurance Crime Bureau said 28,040 claims were processed from 2014 through 2016. That’s down 22 percent from the period of 2013 through 2015. 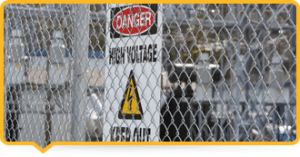 Throughout all four years, copper accounted for 98 percent of the metals reported stolen and, for the most part, copper prices fell over that time—meaning thieves got less for their efforts.
According to the NICB report “When the number of metal theft claims and copper prices are compared, a statistically significant positive correlation was found to exist.”

NICB
NICB also said laws targeting metal theft have helped, including measures requiring sellers to show identification and receive payments by checks. “Some states and local governments have increased the penalties associated with metal theft or are charging thieves with additional crimes if the theft caused damage to infrastructure or created a hazard to the public,” the report noted. As co-ops can testify, fixing the damage is often far more expensive than replacing the copper.

Laws aren’t a foolproof solution. “Identifying stolen metal is not always possible, and opposition to these laws has made it difficult to get effective measures passed in some areas. Even in areas where such laws exist, some unscrupulous scrap dealers may not abide by them, and enforcement of the laws has not always been a major priority until recent years when increases in metal thefts brought more attention to the problem.” And it is a problem, because as the report points out, “thieves have been willing to go to almost any length to obtain the metal.”

Co-ops are among the victims, with NICB noting that “electrical substations are frequently targeted, and some thieves have been electrocuted trying to steal live electrical wiring.”

It’s something Ohio’s Electric Cooperatives knows all too well. NICB said Ohio had 3,060 metal theft claims from 2014 through 2016, the most of any state, though it’s down from the 4,042 recorded 2013-2015. “We are glad to see the overall numbers coming down, and we have noticed some decline in Ohio, but we remain on top of this tarnished list of states for metal theft,” said Dwight Miller, director of safety and loss control at Ohio’s Electric Cooperatives. “Thieves in Ohio continue to jeopardize the safety of Ohio’s cooperative employees, the public, and especially themselves for a few bucks in scrap metal cost.”
Miller noted that different types of metal play a vital part in the transmission and distribution system. “And one wrong cut of copper—the most popular type of metal to steal—can cause a grounded component to become energized at thousands of volts, leading to severe injury and damage to expensive equipment that the member ultimately pays for.” 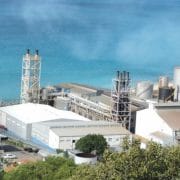