Copper Theft continues to be a problem across Alberta

Copper theft continues to be a problem around the area and across Alberta. Infrastructure authorities are urging residents to call police if they spot something suspicious near electrical substations

“In fact part of it is related to just the increase of the price of copper, which has grown by over 200 per cent in the last 10 years,” said Scott Schreiner, vice president of communications with infrastructure provider AltaLink.

“Thieves are taking unnecessary risks when they break into substations to take copper wire as they are not only endangering themselves, but hydro workers and first responders”. 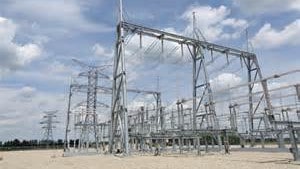 Copper helps to insulate and ground a power substation, so when the wire is stripped by thieves it makes for a potential dangerous if not hazardous situation. When that copper is removed we are sometimes required to de-energize the substation.

That can mean a power outage for people or something significantly worse as far as injuries.

Substations are particularly attractive to thieves as most of them are in remote areas, far away from populated areas.”

Schreiner asked people who live near substations to keep an eye on roads leading to the facilities and to report what they think are unusual movements to police or Crimestoppers.

Most substations are equipped with security measures such as cameras and fences with razor but it often isn’t enough to deter thieves. Those who steal copper wire often take them to scrap metal dealers. Utility and telecom partners are working together to try and convince the province to bring in a law which would make it tougher for thieves to sell copper wire.“We’re seeking a provincial law requiring ID to be shown when selling scrap metal. Some municipalities have that law but it is not a province-wide requirement,” Schreiner said. “This could go a long way to deter thieves from stealing copper wire.”

Risk to life
The main worry for utility and infrastructure utility companies is not theft of the copper wire itself, but the danger it poses, not only to the thieves, but for first responders such as police, firefighters and utility workers. We want everybody to go home safe, We need to ensure that our system is safe and that the lights stay on.”

Two substations were recently preyed on in the last couple of months, both of them southwest of Edson. Both power stations had to be de-energized so that the necessary repairs could be made, Schreiner said the provincial economy has been at a low ebb and that people who steal copper wire are putting themselves at great risk of injury or death. He urges the public to report any suspicious activities near substations. “If you see something – say something.” 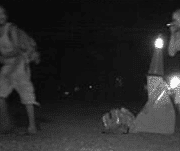 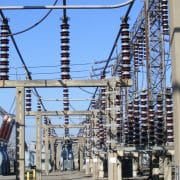