A massive copper theft in the Rockaways tied up service on the A and C subway lines during the morning rush Wednesday.

The copper heist was discovered in Queens on Tuesday at 11:22 p.m., with at least 500 feet of cable from about a dozen locations missing along the A tracks near Howard Beach.

Crews were able to get service back up on the lines at 10:30 a.m. Wednesday, but they will have to go back to the scene to make permanent repairs, according to the Metropolitan Transit Authority. The transit authority is working with the NYPD Transit Bureau to snag the copper thieves. “This led to delays and crowding along all 31 miles of the A train, and forced thousands of Rockaways customers to use shuttle buses to get to work,” MTA New York City Transit President Carmen Bianco.

The size of the theft and service impact was rare for the MTA, which has dealt with stolen cable in the past, said MTA spokesman Adam Lisberg. “Copper wire sold to salvage yards could net between $1 to $2.40 a pound, according to Tom Buechel, owner of Rockaway Recycling. For 500 feet, the thieves could rake in between $300 and $1,500, according to Buechel. The pain was felt along the A line due to trains being unable to use terminals at the Rockaways to turn around, constraining service. Some A trains were forced to end runs early at the Euclid Ave. station, the last stop on the C line, hampering service on the local route as well. 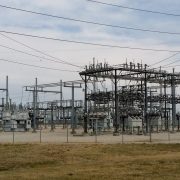