Copper theft at a local Duke Energy Progress substation was the culprit in Tuesday morning’s outage that left more than 22,000 New Hanover County customers without power and effecting substation safety.

Meghan Musgrave, a spokeswoman for Duke Energy Progress, said a copper theft was reported at the Bernard Creek substation just after midnight Tuesday.

Crews responded to the substation, which was beginning to fail, Musgrave said.

Repair work to the failing substation caused more than 22,000 outages throughout Wilmington. Crews had power restored in about two hours.

The Wilmington Police Department is investigating the theft. Musgrave would not say how much copper was stolen from the substation, citing the ongoing investigation.

“Copper theft is against the law, and reducing copper theft is a priority,” Musgrave said. “Copper theft in substations is dangerous and a major safety concern at Duke Energy. When copper is removed from equipment by thieves, it can create an unsafe situation or substation condition, and put our personnel and the public at risk.

Copper theft can cause Duke Energy personnel, the public and thieves to be hurt or killed.” 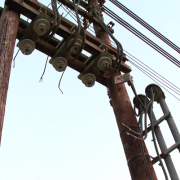 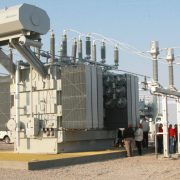