Eskom has lost approximately R1.7 million in the Cape Town since the beginning of the financial year to date. Cable theft hotspots include Inkanini, Zwezwe, Harare, Makhaza and Site B,  Joe Slovo in Milnerton, Gugulethu, Nyanga, Philippi West and Weltevreden Valley.

It costs approximately R958 per metre to replace stolen cable.

Residents of Khayeltisha claim Eskom is not doing enough to curb the theft. “We watch copper thieves help themselves to Eskom cable every day. When we call their Cable Theft Unit, we are often told that they are busy in other areas. Police often arrive after the fact,

Eskom spokesperson Kyle Cookson said the power utility has implemented various strategies and explored many options. “We’ve had several engagements with community leaders and members of the community with regard to vandalism and theft of copper cables. “We have also installed tags and devices along the cable routes. These devices would send signals to the control centre whenever there’s attempted cable theft. In some areas we used ready-mix concrete to cover the cables and have also deployed security at different sites to safe-guard the cables.”

Billions of rands are lost to cable theft across the country. Over the past few years Eskom has lost a total of about R2 billion. A total of 3,432 incidents of cable and pylon theft were reported in 2017 alone. 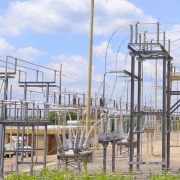 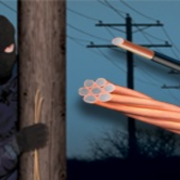