Two men were arrested last week at Eskom’s Zeus substation near Secunda in Mpumalanga for alleged cable theft. The South African power utility, Eskom, explained that the two were part of a group of five that had been spotted near the substation, which had been a target for copper theft in recent weeks.

“When the men realised that they had been seen by the security guards on duty at the substation, they attempted to flee the scene,” Eskom said in a statement. 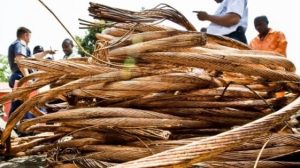 The parastatal added that the guards gave chase and apprehended the two suspects. The suspects had hacksaw and carry bags in their possession, which according to Eskom was intended for cutting and stealing copper cable at the substation.

Operation Khanyisa
The anti-theft campaign, Operation Khanyisa, is an Eskom-led initiative, which aims to bring awareness to the dangers around these illegal acts. Since 2013, Operation Khanyisa has helped reduce Eskom’s losses from 7,12% to 6.43%, which amounts to an estimated R1,4 billion ($68 million) savings every year in electricity that Eskom would have generated at a loss, the utility explained in an earlier statement.

In addition, the campaign has helped in the recovery of R618 million ($42 million) in revenue for Eskom, while at the same time caught those responsible for these crimes. 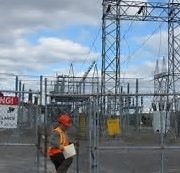 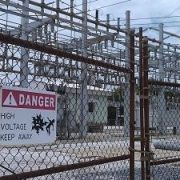