The incidents are causing not only supply interruptions to customers, but also affecting public amenities such as street lights and telecommunication services, and putting the safety of members of the public as well as the thieves themselves at risk as reported in a company press release dated KUCHING, 10TH JANUARY 2018. 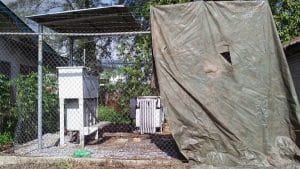 In Kuching, a recent incident occurred over the weekend where Sarawak Energy Auxiliary Police (AP) foiled an attempt involving 5 suspects at a substation in Demak Laut, one of the identified hotspots for copper theft. For the past three months, more than 20 cases were reported in the Demak Laut area alone. This arrest was the first for 2018, as a result of increased patrols by Sarawak Energy APs and close cooperation with the Police.

According to Lau Kim Swee (刘金瑞), SESCO Chief Executive Officer, the thieves are getting bolder and more creative, with recent incidents involving vandalising of electrical equipment in broad daylight, especially at secluded areas. Expressing the state power utility’s concern, Lau said, “Looking at the rising pattern, we have identified statewide hotspots and are working to increase patrol by both Sarawak Energy APs and the Police to these high-risk areas. Apart from that, other initiatives taken to mitigate this dangerous crime include hardening the targets such as reinforcing security at our substations and installations of CCTVs and alarm system at certain facilities”.

In Bintulu, another arrest was made yesterday when two cable theft suspects were caught in the midst of stealing cables at a substation in Tanjung Kidurong. The arrest was made in a follow-up patrol to the area following a tripping incident. Investigations showed that the substation was already vandalised where cables were ransacked from the substation. In the 9am incident, the patrol team found half of the substation was covered with canvas to camouflage the activities of the two men inside, who were equipped with an assortment of tools. The tools found at the scene included a hacksaw, pliers, knives, a screwdriver, a hammer and a wire cutter. The suspects were taken into police custody for further investigation.

These arrests show that copper theft is on the rise again with new tactics with no concern for their own safety and inconvenience to the public.

Since 2015, SESCO has recorded 506 copper theft cases with losses amounting to RM6.7 million. In 2017, 132 cases were reported with RM3.1million in losses, a significant rise from 113 cases in 2016, where RM950, 000 in losses was incurred. The corporation spends over RM1 million annually in mitigation measures to address this.

“Public safety is our utmost priority. Copper theft not only damages public property; it also endangers consumers and the thieves who risk their lives for quick gains. This is not just illegal, but potentially deadly. On our part, we are continuing our efforts to increase awareness of the dangers of such activities and seek greater cooperation from the public,” said Lau.

Concerned citizens may contact Sarawak Energy via its 24-hour call centre at 1-300-88-3111 should they witness any suspicious activity near electrical facilities in their neighbourhood. Reports can also be logged into Sarawak Energy’s “SEB Cares” Mobile App, available for download at Apple’s App Store for iOS and Google’s Play. 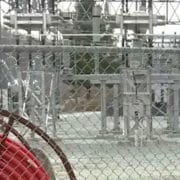 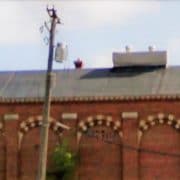 2 Dead in Copper Theft from Detroit Substation
Scroll to top