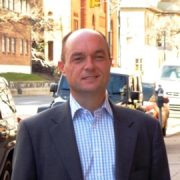 If you knew there was a part of your company’s critical infrastructure where a malfunction could potentially lead to loss of service, loss of money and loss of life, you’d probably have it monitored, wouldn’t you?

And, if a failure within that same part of your critical infrastructure could, in the worst-case scenario, send you or one of your fellow board directors to prison, you’d probably expect that monitoring to be fairly vigilant, wouldn’t you?

But you’d be wrong. Because surprisingly, a high percentage of companies whose services rely on their own electrical substations for power, fail to monitor a key asset designed to safeguard employees and public alike: their earthing infrastructure. The implications could be catastrophic. Fortunately new ground-breaking technology can help companies monitor their earthing assets before they themselves come under closer scrutiny.

Damage to grounding infrastructure is rarely obvious; substations typically continue to function, but the inherent safety risks silently prevail. On sites where monitoring is absent, companies have no means of knowing whether their earthing has been compromised – until someone touches an ungrounded cable.

The likelihood of that happening is increasing. A global surge in copper prices, buoyed by US and Chinese investment in infrastructure, has led to a resurgence in copper theft. With electrical substations – across the utilities, telecoms, rail and hospital sectors – prime targets for thieves, the risk of serious injury on one of your sites is growing. And guess what? You’re responsible. Whether it’s an employee, a trespasser or even a would-be thief, your business is accountable. Moreover, unless you can prove that you’ve taken sufficient measures to protect the safety of all-comers, you’re liable. So it makes sense to monitor your earthing infrastructure – before you, and your business, get a nasty shock.

The killer question for operations and safety management at board level is: how do you know that all your assets are functioning safely and effectively? The answer, too often, is: you don’t. At present, around half a million substations in the UK are at risk of copper theft – and about 90% of them are not monitored in real time. The only means of monitoring comes through sporadic manual inspection, which inadvertently exposes workers to the risk of unknown danger.

Evidence of suboptimal practice is both mounting and damning. For example, in August 2016, copper theft at a substation in Liverpool prompted an inspection at a nearby site that revealed an additional 13 substations had been compromised. The energy company responsible for the substations conceded that it had no idea how long the sites had been vulnerable – but underlined that unsecure units can be deadly to children playing nearby. The implications of not knowing when sites have been compromised are chilling.

UK legislation places a heavy duty on the companies responsible for substations to protect their workers and the public. The combined principles of the Health and Safety at Work Act (1974) and the Corporate Manslaughter and Corporate Homicide Act (2007), along with the common law offence of gross negligence manslaughter, are widely understood to employers. Perhaps less well-known, however, are recent changes to sentencing guidelines. Introduced in February 2016, these are now seeing extremely punitive financial penalties being handed out by the courts. Significantly, individual company directors found guilty of “consent, connivance or neglect” in relation to an offence could face unlimited fines and prison sentences of up to two years.

The new sentencing guidelines place hitherto unparalleled personal liability on operations and safety management at the highest level. Board directors responsible for assets and health and safety must ensure they take appropriate and proportionate measures to protect workers and the public from avoidable risk. Or pay the price.

The potential implications of compromised grounding infrastructure are severe. With the risks – and personal stakes – so high, it’s surprising that any company would choose not to monitor such an important part of its critical infrastructure. Failure to do so is reckless. But it’s also unnecessary.

Ground-breaking new M2M communication technology can now protect and monitor service environments where safety and continuity are paramount. The technology provides immediate notification of the disconnection, removal or disturbance of site grounding or other power infrastructure – minimising the impact of copper theft. The new technology is both transformative and affordable – aligning with the EU Directive around Best Available Technology Not Entailing Excessive Cost (BATNEEC). In an environment where businesses face understandable challenges around prioritising investment, its affordability alone means that companies have little reason not to adopt the technology on high-risk sites.

But if the cost of investment and the operational costs of failure aren’t enough to persuade you, the new sentencing guidelines should give you all the motivation you need. 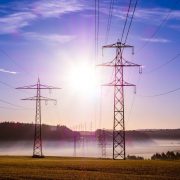 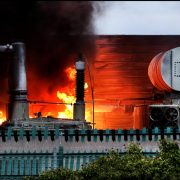