Thieves Steal £90,000 Of Copper Wire From Railway In Staffordshire UK

Thieves have stolen more than £90,000 worth of copper wire from the railway over the past six weeks in Staffordshire, Network Rail has today reported.

Cable Copper Theft: Around 3,650 metres of copper cable was removed by criminals, and police believe that the power, signalling and communications wire was stolen to order before being sold abroad as part of an international crime ring 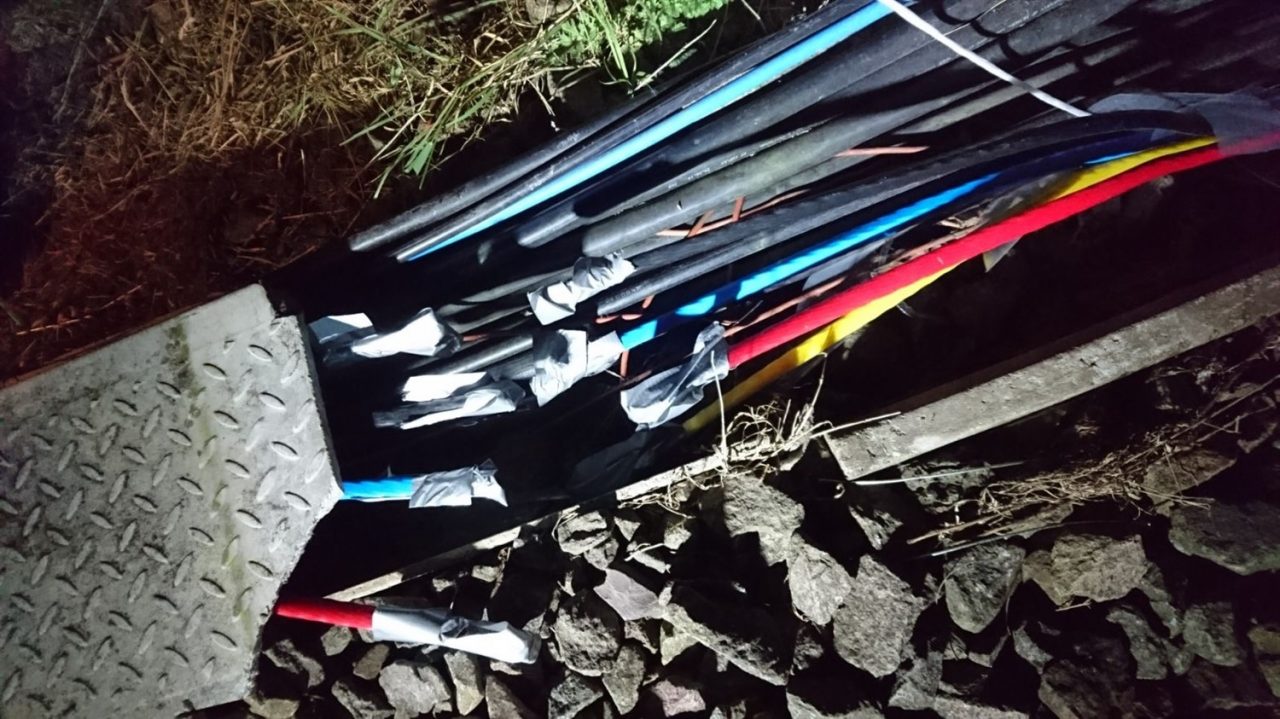 The cost to taxpayers of replacing the copper wire stolen in the past three weeks is approaching £300,000,” said Karl Weller, Network Rail section manager based at Stafford. “When signalling cables are removed the signalling and telecommunication systems of the railway do not work and trains can’t run. The impact on customers will get worse if these thieves are not caught.”

Network Rail said it is working closely with the British Transport Police (BTP) to put a stop to the activity, and has urged passengers who see anything suspicious on the West Coast Main Line between Crewe, Stoke-on-Trent and Stafford to immediately tell the police. “If you see anything suspicious – gates left open, non-railway staff on the tracks, suspicious vehicles, fences removed and the like – while travelling on the West Coast Main Line and branch lines in the area, particularly between Crewe, Stoke and Stafford, please call the British Transport Police on 0800 40 50 40 or text 61016, alternatively call Network Rail on 03457 114141.”

Chief inspector Andrea Graham from the BTP said the police were doing everything in their power to track down the criminals who are causing the travelling public delays during the very busy summer holiday season. “Not only is this kind of crime disruptive it is extremely dangerous for those responsible,” she warned. “Thousands of volts of electricity run through those cables and interfering with them can be fatal. Officers are working round the clock to investigate all avenue of enquiry to identify those responsible.”