A downed hydro pole in Point Douglas was not blown over by the wind – Manitoba Hydro says it was cut down. “Certainly you should not be cutting down wood poles with a chainsaw that in and of itself is highly stupid,” said Bruce Owen with Manitoba Hydro. 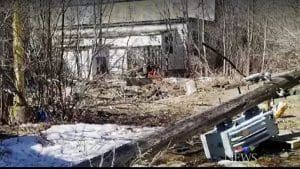 The crown corporation said neighbours in the area heard a loud bang Friday night. Hydro believes the pole was cut down by someone with a chainsaw in order to take the copper attached. “The people or person responsible for this salvaged as much copper as they could off the pole and equipment,” said Owen.

Winnipeg police said copper theft is not uncommon from construction sites and housing developments. Hydro said it has copper stolen from substations, work sites and from the back of trucks all the time, but police said this case is putting a new twist on this type of theft. “This is new, so while we’ve had a number of different unique thefts of copper, this one we definitely haven’t heard before,” said Const. Tammy Skrabek.

CTV News reached out to a number of scrap metal dealers who say copper is going for around $3.00 per pound or $6.60 per kilogram.
“Suddenly it was learned there was a market for copper, they were getting a decent price for it and now people who are in the need of money are going to any means necessary to obtain it,” said Skrabek.

While Manitoba Hydro said the pole in Point Douglas was de-energized, a transformer on top of the pole broke open, spilling insulating oil containing harmful PCBs. The site had to be cleaned up and decontaminated.

“PCBs in insulating oil in transformers and other electrical equipment is extremely dangerous,” said Owen.
Hydro said it’s reaching out to scrap metal dealers to alert them to the possibility of contaminated copper coming their way. 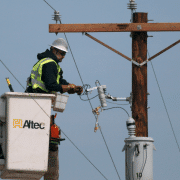 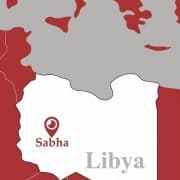